Though we saw much more in Melbourne than what i have written about, but for the time being i will take you to the coastal city of Gold Coast, famous for its sunny subtropical climate, surfing beaches, canal and waterway systems, high-rise dominated skyline, theme parks, nightlife and much more. We were there primarily for its beaches and climbing one of the tallest buildings in Australia.

We like to plan ahead and had all bookings for flights and hotels completed from the U.S. itself. For our flights in Australia, we chose Virgin Atlantic.

Here’s both of us on our way to Gold Cost from Melbourne early Oct.

After landing at Coolangatta Airport in Gold Coast, to reach our destination Surfers Paradise, we took a Bus to the BroadBeach South and then the G:link train, which is a major attraction in itself. A couple of shots while in transit: 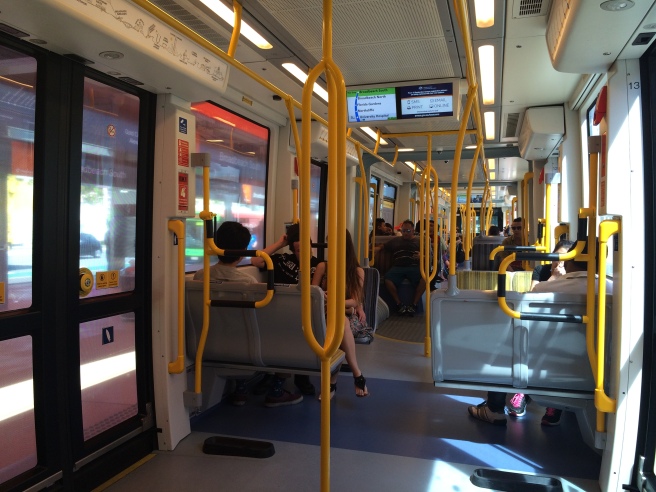 I must say staying at the Grand Chancellor hotel in Surfers Paradise was an awesome experience. It is not exactly at the beach, but not far from it either. After we checked-in, i couldn’t hold myself from grabbing the stunning views from the balcony 🙂 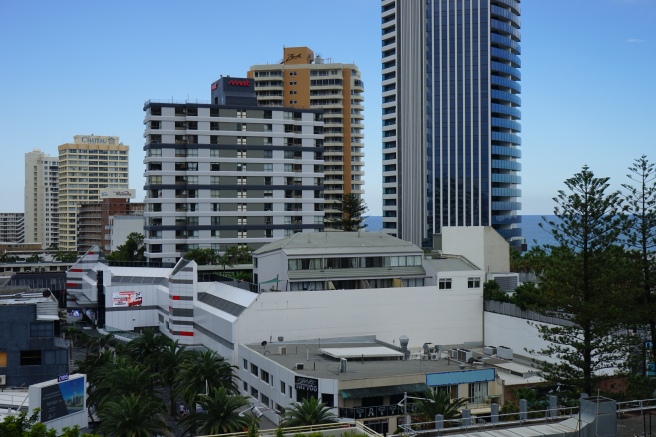 Surfers Paradise is a very popular tourist destination in GC, and we had a great time in the evening enjoying its beach, boardwalk, marketplace and night life 🙂

GC has one of the finest beaches i have been to till date! The quality and softness of sand, and its color are a few of the reasons. Just for the context, i covered 13 beaches in the U.S. and Australia in 2015 alone! 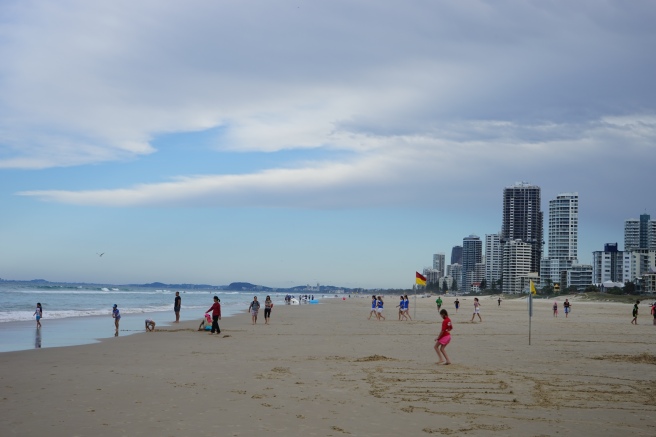 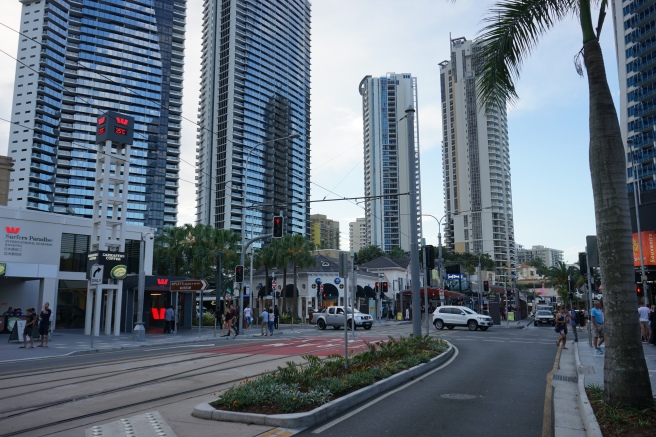 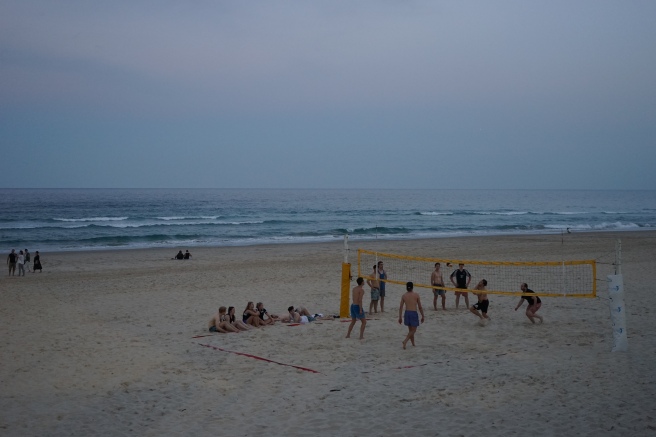 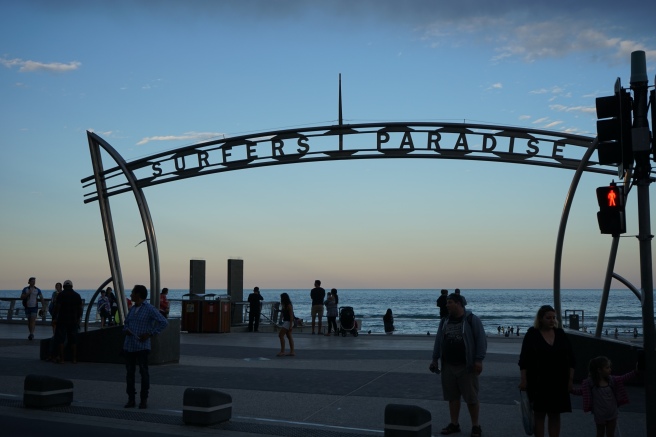 Up next would be the most thrilling adventure one can hope for, undertaking Australia’s highest external building climb, with breathtaking views of the Gold Coast region. Leaving you with its view from the shore for now:

90 thoughts on “Gold Coast, a paradise on earth!”