After covering Melbourne and Gold Coast, our final destination in Australia was Sydney! We had booked Castlereagh Boutique Hotel there and were very impressed with our choice – I would give it 4 out of 5.

Since we had half-a-day with us after landing, we ventured out to see the historic Queen Victoria Building (QVB), which was right behind the hotel. It was designed by George McRao in Romanesque Revival style and was opened to the public in late 19th century.

QVB is famous for its mighty centre dome, consisting of an inner glass dome and an exterior copper – sheathed dome. 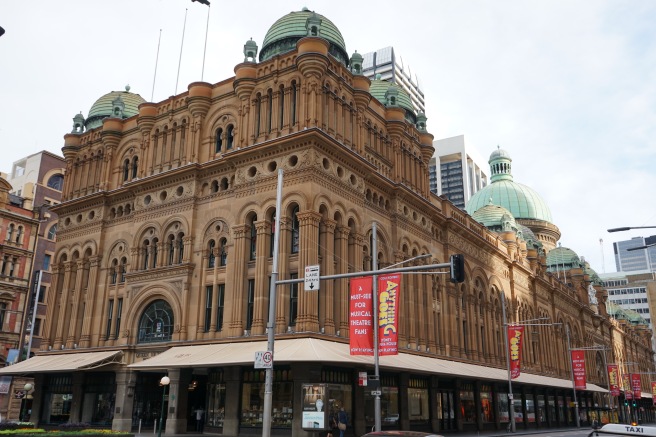 Many expensive brands occupy a place in there, and the structure provides for a visual treat, especially on the inside. 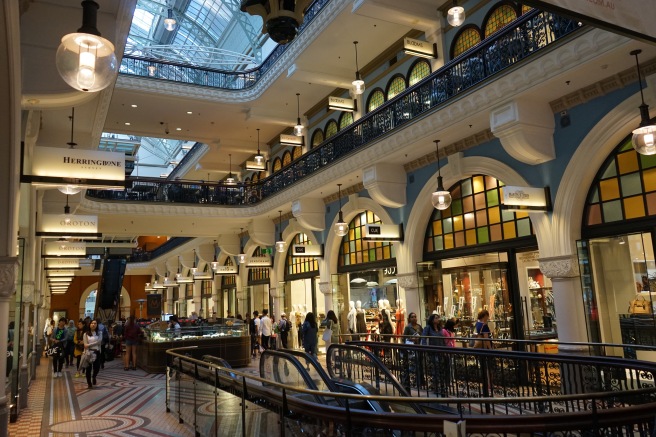 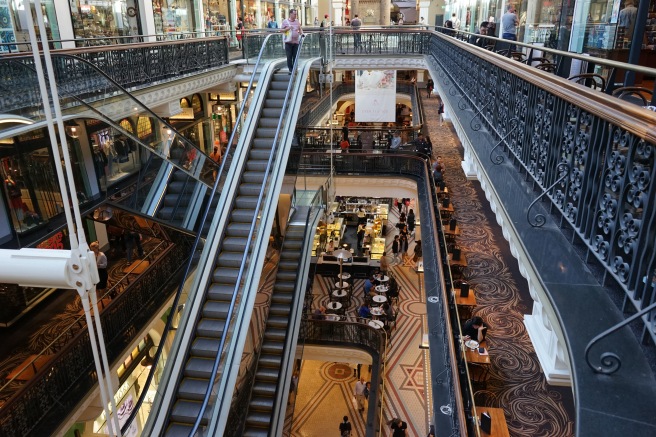 The impressive Architecture and Glorious stained glass windows run throughout the building and an original 19th century staircase sits alongside the dome. 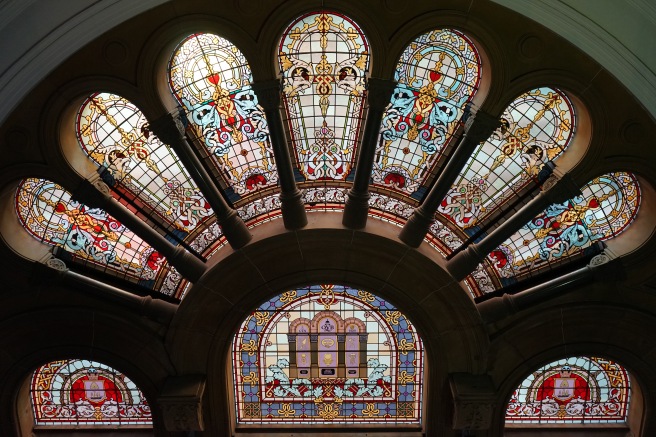 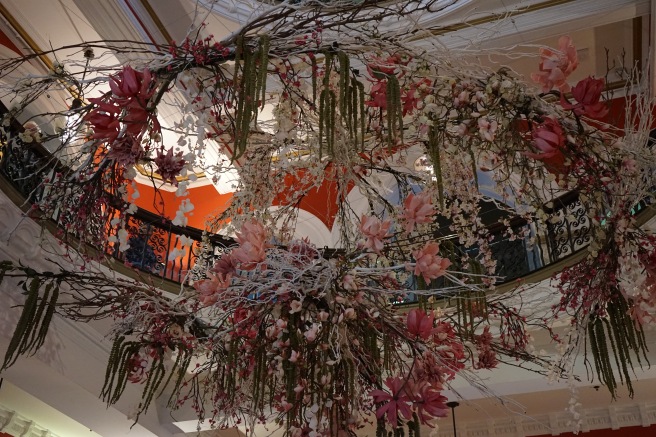 It is also famous for its huge clocks, which are a marvel in themselves. Here are The Great Australian and Royal Clocks! 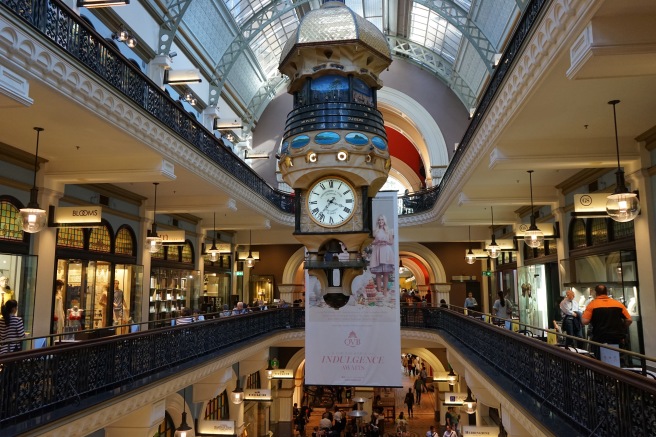 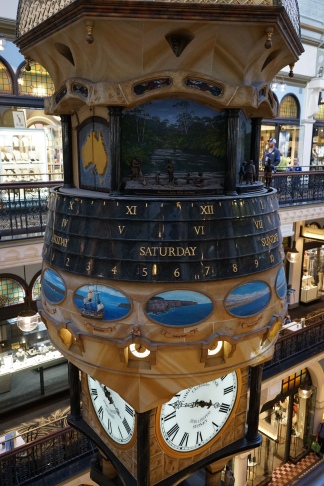 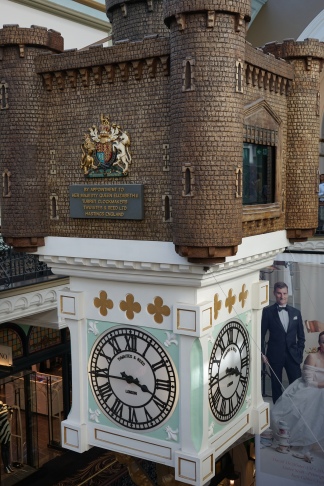 It might come as a surprise, but Australia is very expensive – even US looks much cheaper. Just for comparison, a Revlon nail polish which one can get for 7USD was worth 21AUD there and the Exchange Rate is 1.4AUD/USD. Do the math!

Anyway, we love window shopping and had plenty of time for that at the QVB 🙂

After a couple of hours there, we ventured out to see the Town Hall, which is just across the street. It is renowned for its high Victorian interiors and rich decroation and is the largest and most ornate late 19th century building in Australia. 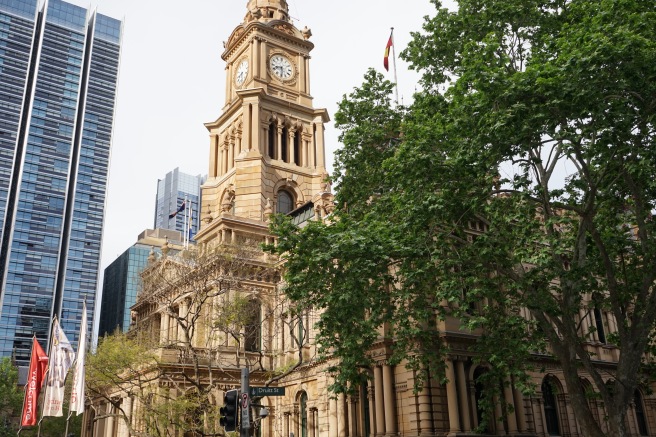 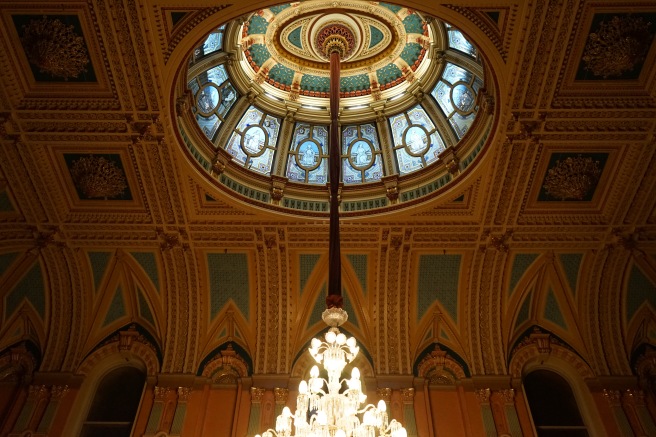