In December we took a 10-day vacation to Las Vegas and the Canyons of the West, as I would call them. Our early morning United Airlines flight to LV would have made sure we are in the hotel by early afternoon, thus giving us half-a-day to do sightseeing.

In the process of lingering around at the Newark airport, I snapped a beautiful sunrise. 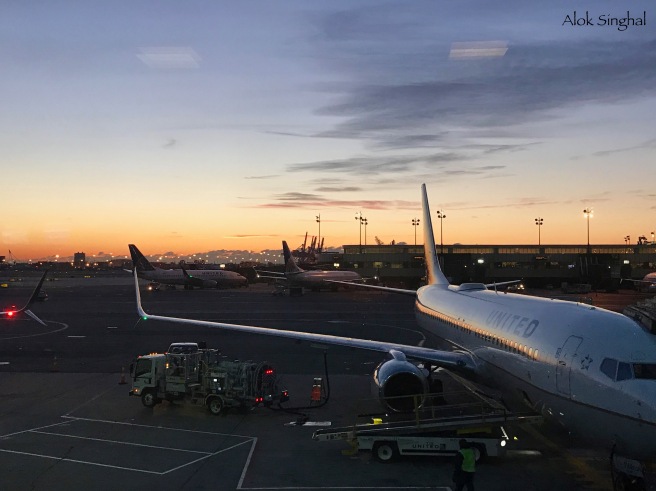 We took off on time at 7.55am and after about 4 hours in the flight, as we were about to reach LV in an hour or so, an announcement came in that it is too windy to land there and that pilots have decided to divert to Salk Lake City in Utah till the weather gets better in LV. Huh! Anyway, I was delighted to experience another landing and takeoff and explore another airport. 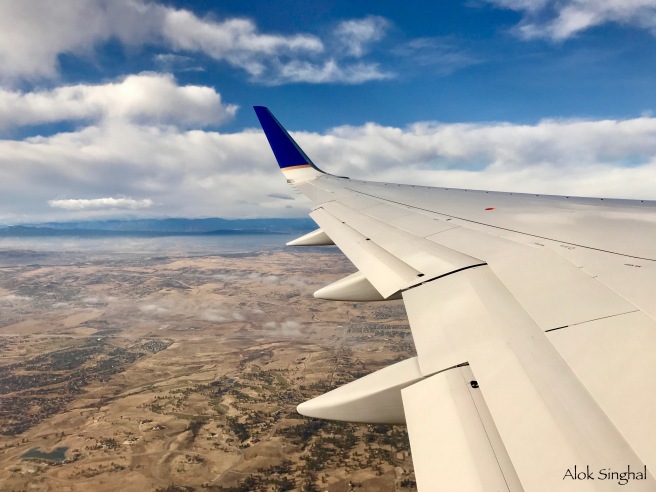 As it turned out, it had just snowed in Salt Lake and the picturesque surroundings gave me a few views to enjoy too. 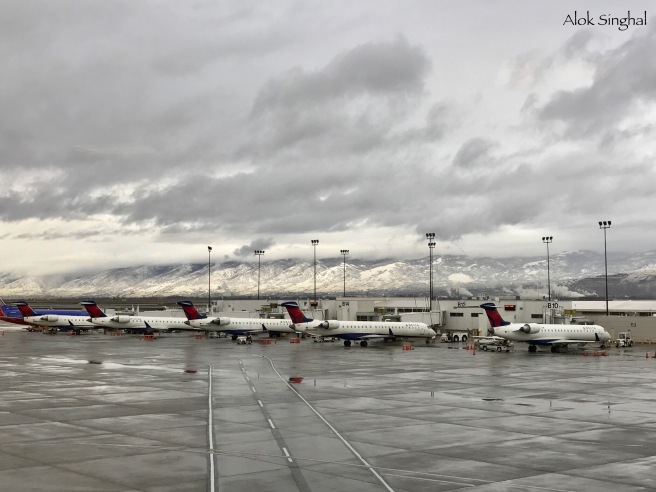 After about 1.5 hours, we finally took off and I was amazed by the mountains covered in snow and the mist hovering over them. 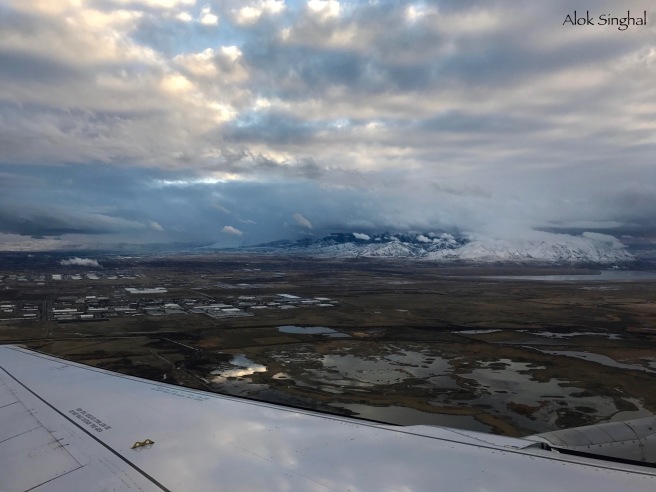 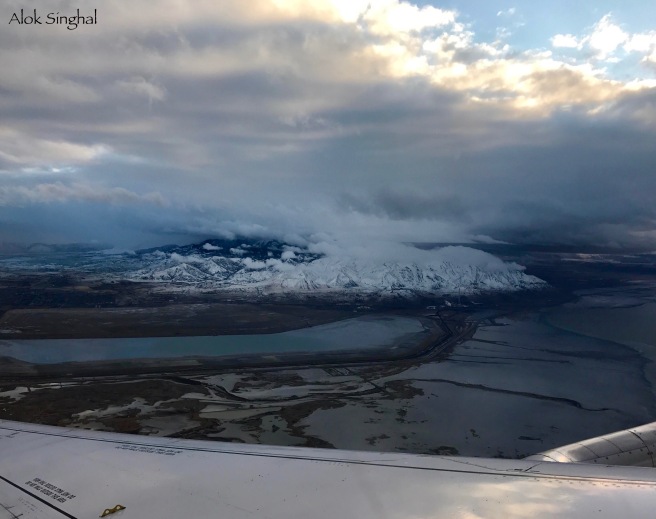 Finally, we touched down in LV late in the evening. After quickly renting the car from Enterprise at their airport office, we checked into the Holiday Inn & Suites close by.

That was the end of a hectic day, but I would rather choose to look at the silver lining in the form of splendid views we got to experience!

P.S. All pics are from my iPhone

Follow The Learning Curve on WordPress.com
Join 3,489 other followers