Last Saturday, we ventured out on yet another day-long trip (after Niagara falls). This time it was Lake Simcoe and the world-famous Wasaga Beach (the longest freshwater beach in the World!).

Saru had decided on the outing last week itself and I am always up for Travel anyway. So, it was about 10 on Saturday when we started towards the fourth-largest lake in the province of Ontario. The famous attractions of the lake are mostly in the city of Barrie, just an hour or so from our place. Due to lack of proper information available on the internet on what to do around the lake, we first stopped at the office of Tourism Barrie, which is just at the edge of the lake. The young chaps at the office advised us to spend a few hours strolling around the lake and enjoying its beauty amidst the mountains in the far distance, and then driving to Wasaga Beach (which we had planned for anyway). They suggested to go further to the Bluewater Beach for witnessing the Sunset at a quaint place as Wasaga beach is normally crowded (and it literally was too crowded).

There are many activities around the lake. We started by driving to the Minet’s Point Beach (just a kilometer or so before the Tourism’s Office). Though the beach is small but it is an absolutely wonderful place for the kids. We were quick to experience it and then drove towards and past the office and parked at the Centennial Park (not even a kilometer from the office). 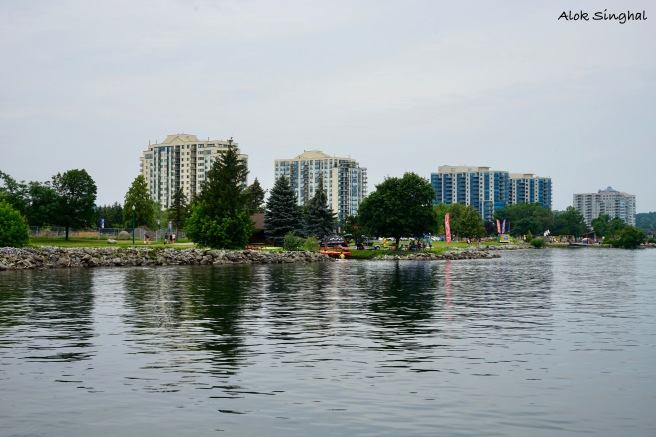 We saw a bunch of people Kayaking and Canoeing in the lake, and we couldn’t hold the excitement. So, we rented it too (for $45 per hour) 🙂 It was a first-time experience for us and we enjoyed it thoroughly. The HappyPaddling folks took our pictures too, but they were not of acceptable quality. I took some of my own shots while we were in the lake. 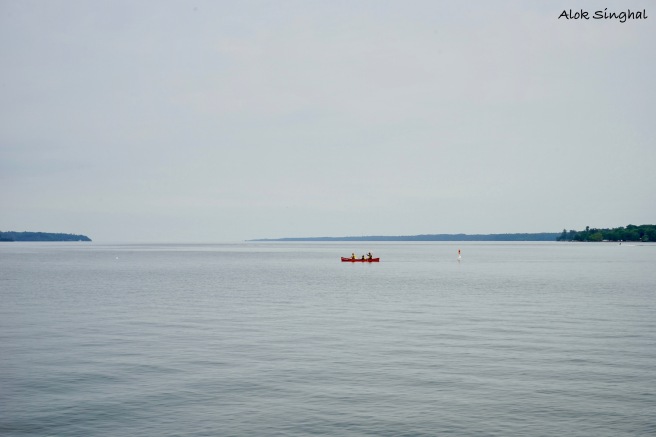 The guide had suggested to explore Downtown Barrie too, but we are more of nature-oriented. So, we picked our car and drove further around the lake and parked at the Heritage Park. 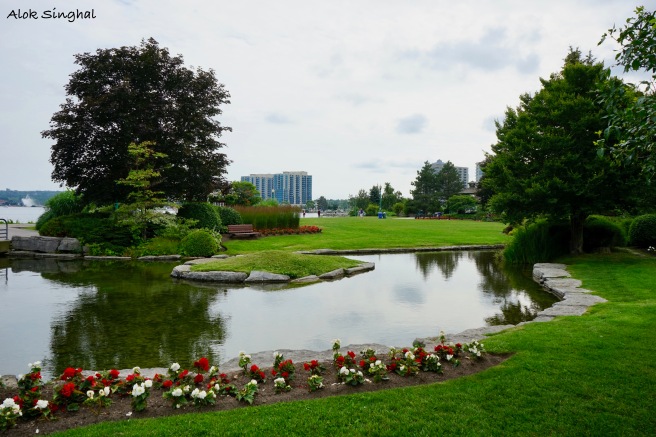 There is a bay alongside, which provided for some unique shots of the place! 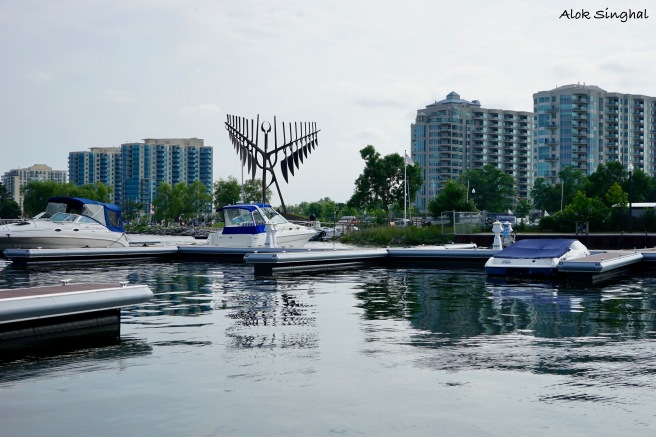 We must have spent about 3 hours before heading to the Wasaga Beach. Having been to numerous beaches across countries, I can say too much crowd is the last thing you want to see at a place where you want to just take off your clothes! Anyway, I went by the guide’s recommendation (to head further to the Bluewater Beach) but not before capturing this shot at Wasaga. 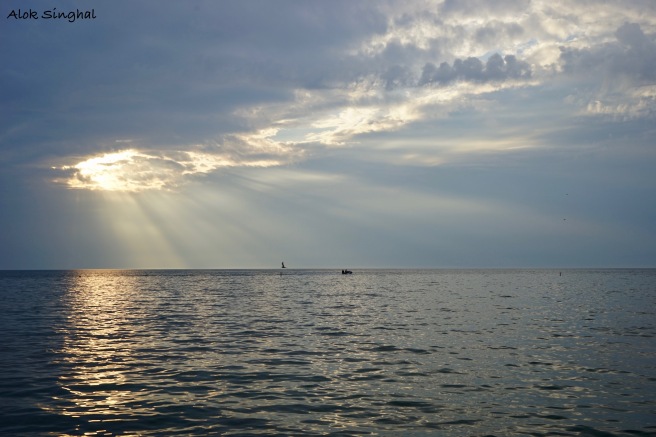 Bluewater Beach would have been difficult to find had it not been for the precise directions given by the guide (no wonder, it was his favorite beach). For those reading here, it is in the town of Tiny. A gem of a beach it is, I would say! Since it was cloudy that day, we couldn’t witness the sunset there, but I can imagine how magnificent it could have been. I strolled around on the secluded beach, while Saru did some playing-around with the Camera.

For those looking for a weekend outing from Toronto, it could easily have been so considering we returned back around midnight.

P.S. We didn’t have to buy magnet souvenir on this trip as the kayak vendor gave us a couple of them 🙂

Follow The Learning Curve on WordPress.com
Join 3,486 other subscribers