Set against the backdrop of towering cliffs of Ko’olau mountains, Byodo-In temple is a Buddhist temple located on the Oahu island of Hawaii – in the Valley of the Temples memorial park. It was dedicated in 1968 to commemorate the 100-year anniversary of the first Japanese immigrants to Hawaii.

The temple doesn’t figure in the top 10 attractions of Oahu, but I would say it should have been one of the top 3! What makes it all the more worth visiting is it is a replica of the over 950-year old Buddhist temple at Uji in Japan.

As soon as we parked our car next to the temple, I was astounded by the scenery that greeted us. There is a fee of $5 per adult (to be paid in cash). 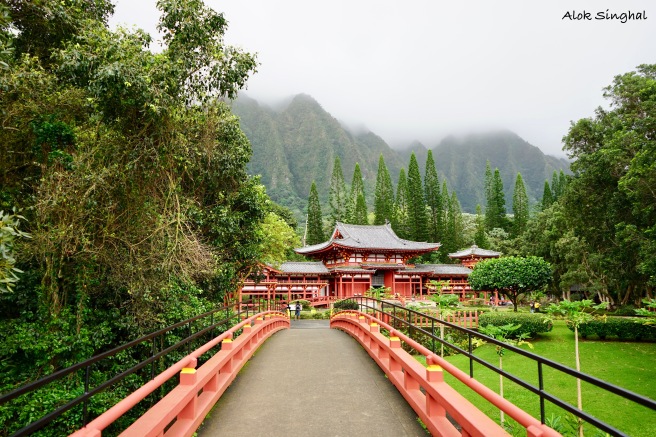 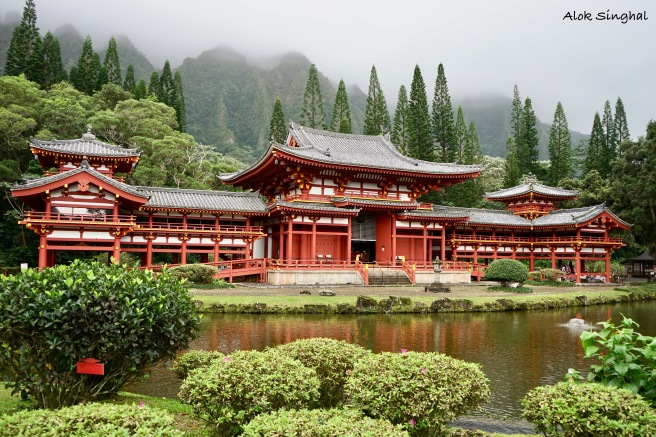 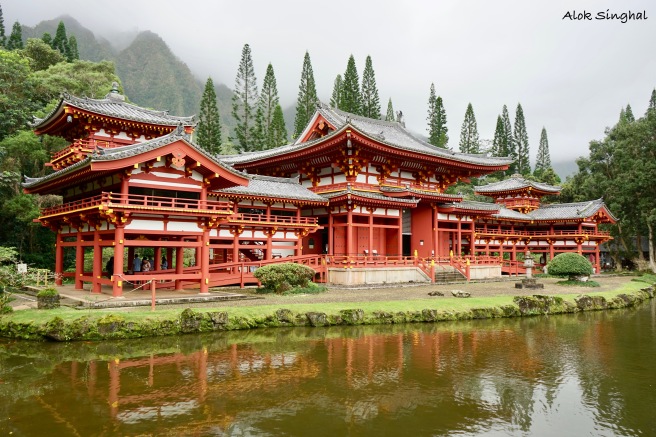 The grounds are (properly landscaped) lush green, with a large reflecting pond, which has hundreds of Japanese koi carp.

Just outside (on the left of the temple) is a seven-ton six-feet high brass peace bell. It was cast in Osaka, Japan, and is separated into four sections depicting the Buddhist concept of heaven. It is advisable to ring this sacred bell using the soft wooden log before entering the temple. The unique tones of this impressive bell is believed to clear the mind of negativity, impart deep peace, and bring happiness, blessings and a long life. Through its resonating sound, the bell reminds us that everything is transitory. 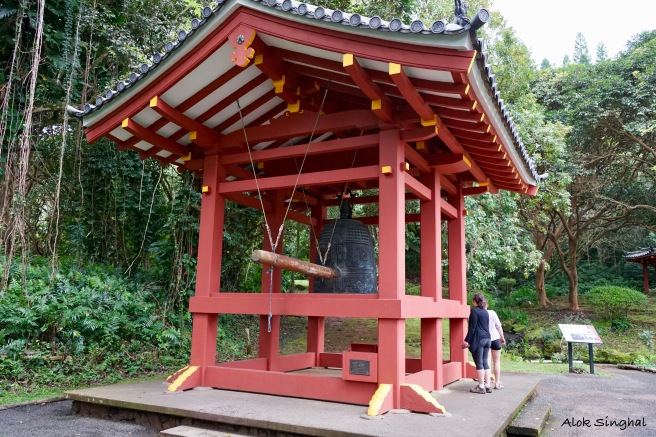 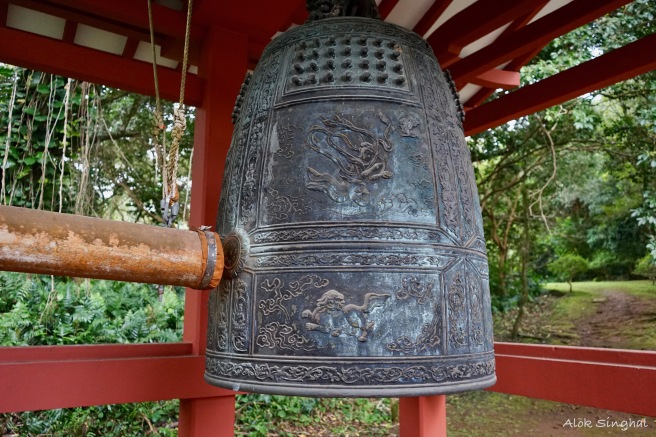 You can walk around the temple and see small waterfalls, sparrows, and wild peacocks. One thing we especially loved in Hawaii was that we were woken up by the sounds of birds every single day! 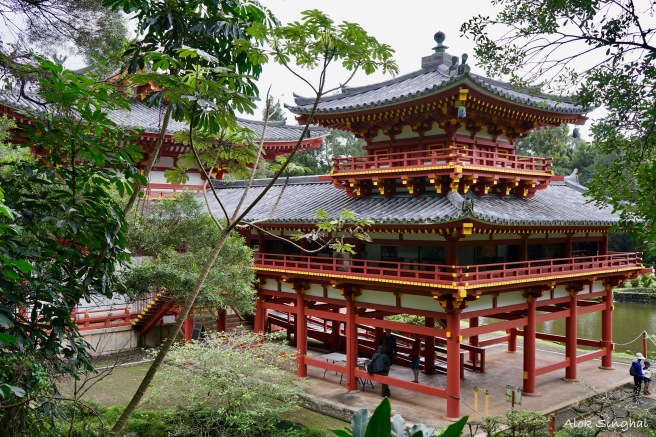 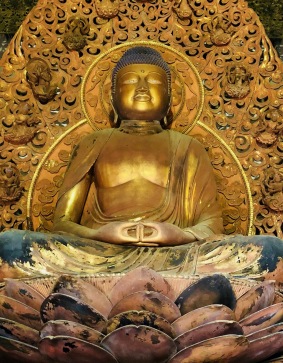 The main temple has a two-ton nine-foot seated Amida statue (the Buddha of the Western Paradise). It is covered in gold and lacquer.

The Amida Buddha represents the infinite life and light surrounding all beings.

From my own experience I can say that you would not feel like leaving the temple – it was so blissful. There are a couple of benches in the temple and niche on the grounds where you can meditate for however long you want to – it is no wonder the visitors describe the place as beautiful, peaceful, and restful.

The temple grounds are often used for wedding ceremonies for Hawaiians or visitors from Japan.

22 thoughts on “Nestled in the lap of Nature: Byodo-In Temple”